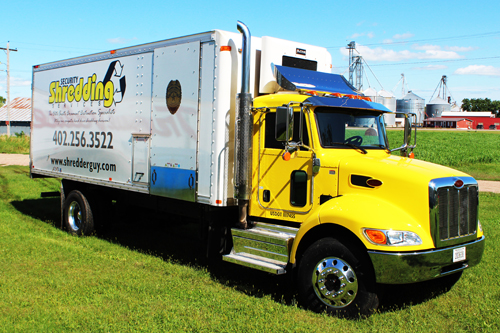 In 2002, the federal government informed the public that the HIPAA law was going to be enacted in the coming future. Owning a pharmacy, with a ton of information that was going to have to be destroyed and the EPA telling us it couldn’t be burned, we needed to find an alternative. After doing some research and finding nothing as far as on-site shredding, we did a market survey and in 2003 we started Security Shredding Services. Now today, Security Shredding is listed as the premier on-site document destruction company in the tri-states region.

There have since been other shredding companies that have come and gone. When our competitors began soliciting our customers initially, we were concerned because they would compare themselves to Security Shredding Services. Some would compare their rates, some would compare the size of shredded material, and some would even compare the speed of their equipment. Yet, Security Shredding Services has not been surpassed by any one company in all categories. Businesses were told “Security Shredding wouldn’t be around long because they weren’t charging enough”. Well low and behold, we are still here and have continued to grow, serving the best customers anyone could hope for since 2003. We’re no longer concerned but rather have learned that “he who sets the bar is the one others dare to compare”. We couldn’t be more convinced that were on the right path.

Security Shredding Services is owned and operated by Lathan and Kami Asbra.

When it comes to information security you want the best. We strive to be the highest professional service shredding company above all the others and have been awarded for recognition for our outstanding service.

Lathan Asbra was the recipient of the Entrepreneurial Achiever Award from the Norfolk, NE Area Score Chapter 0160 in 2007. This award was presented to Lathan for his entrepreneurial spirit, drive in organization in the successful operation of Security Shredding Services. 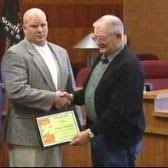